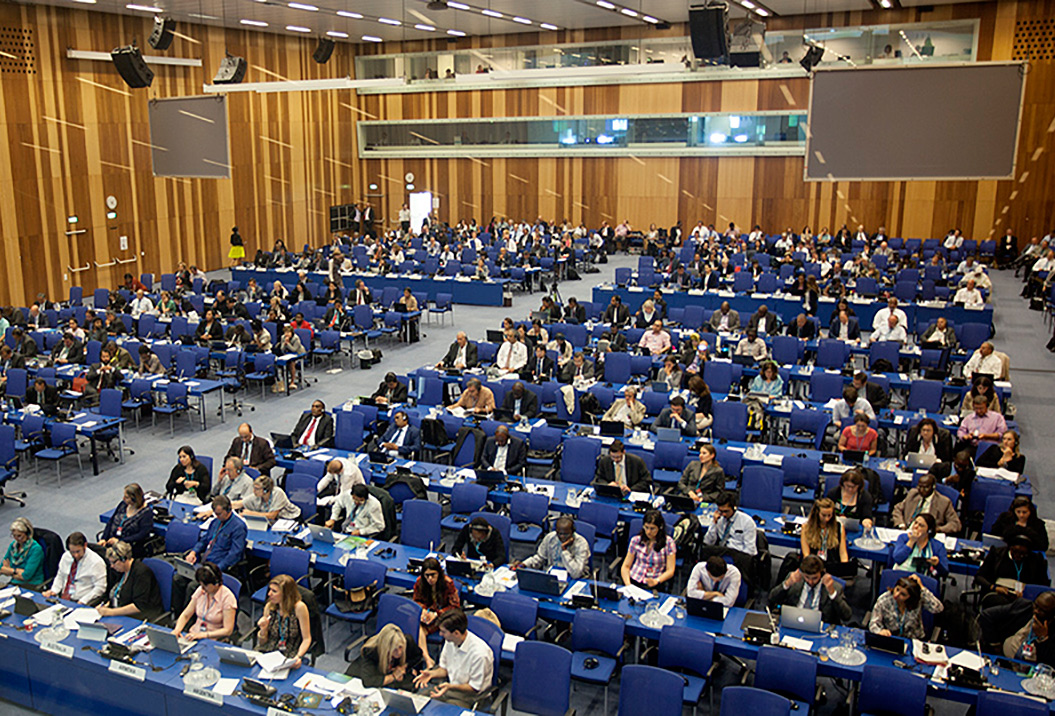 Parties to the Montreal Protocol met last month in Vienna to negotiate a global phase down of hydrofluorocarbons (HFCs), super-greenhouse gases that are thousands of times more potent than carbon dioxide in the atmosphere. In a speech in Vienna, John Kerry called the HFC agreement, “one of the single most important unitary steps that we could possibly take at this moment to stave off the worst impacts of climate change…”

As negotiations progress toward reaching an agreement this year, industry standards and building codes for refrigeration and air conditioning equipment have emerged as a salient topic, as if unchanged, they can prove to be potentially significant hurdles to the successful implementation of an HFC phase-down. Several developments in the Vienna meetings, however give us hope that increased attention will be paid to the need for governments, industry stakeholders, and standards bodies to work together. All stakeholders must constructively coordinate efforts to update global and national standards to protect public health while incorporating new scientific and technical developments.

The need for comprehensive and timely standards updates

In many countries around the world including and especially in the United States, HFC-free technologies face barriers to widespread uptake due to outdated, overly restrictive, or even non-existent standards. A new EIA Issue Brief, “The Need for Smarter Standards in Cooling” explains why this is the case and introduces some key standards bodies and technical issues needing re-evaluation. As the briefing explains, limitations on the amount of flammable refrigerant, or “charge size thresholds” are one of the key parameters of current standards needing the most attention. The amount of charge size considered ‘safe’ is dependent on a number of assumptions which are outdated and overly restrictive in many current standards.

It is critical that standards updates are comprehensive, and “technology neutral”, allowing for the broadest range of available HFC-free technologies (including technologies using natural alternatives such as hydrocarbons, ammonia, and carbon dioxide). Comprehensive updates also means accounting for the full range of available safety measures and technologies including safety devices such as leak detectors, shut-off-valves, and the use of modern warnings, leak tightness testing, and installation restrictions, all of which would allow for larger charge size thresholds still safe for market uptake of various climate-friendly alternatives.

It is also vital that timely updates are made in order to meet policy goals of near-term replacement and leapfrogging of HFCs. This can be challenging due to the resource intensiveness of the standards development process, which requires input from highly qualified technical experts and in some cases, additional research and testing. It is particularly critical that in cases where low-GWP technology is already widely proven around the world, but blocked from reaching certain markets by the national standard of an individual country or region. This is the case with low-GWP hydrocarbons in domestic refrigeration in North America, the focus of another EIA briefing that describes how U.S. and North American regional standards bodies can act swiftly to harmonize and adopt global best practices in time to meet proposed policy deadlines.

Three developments from the Vienna meetings point to increasing level of recognition of the need for timely and comprehensive standards updates:

There is increased recognition of the need for coordination on updating standards, including the potential for a formal mechanism under the Montreal Protocol to build capacity for this process to occur. As things move forward, it is essential that stakeholders from governments, industry, standards setting bodies, and non-governmental organizations provide their feedback and inputs into research and testing regimes. It is also vital that updates occur with the right balance of timeliness and comprehensiveness sanctioning the broadest range of low-GWP alternatives. Otherwise, an amendment under the Montreal Protocol may be effective only on paper.