The Biggest Climate Commitment after Paris Closer to Adoption in 2016

The Biggest Climate Commitment after Paris Closer to Adoption in 2016

“Already, the HFCs used in refrigerators, air-conditioners, inhalers and other items are emitting an entire gigatonne of carbon dioxide-equivalent pollution into the atmosphere annually. Now, if that sounds like a lot my friends, it’s because it is. It’s the equivalent to emissions from nearly 300 coal-fired power plants every single year” – John F Kerry in his speech during the 3rd Extraordinary Meeting of Parties to the Montreal Protocol, July 22, 2016, Vienna. 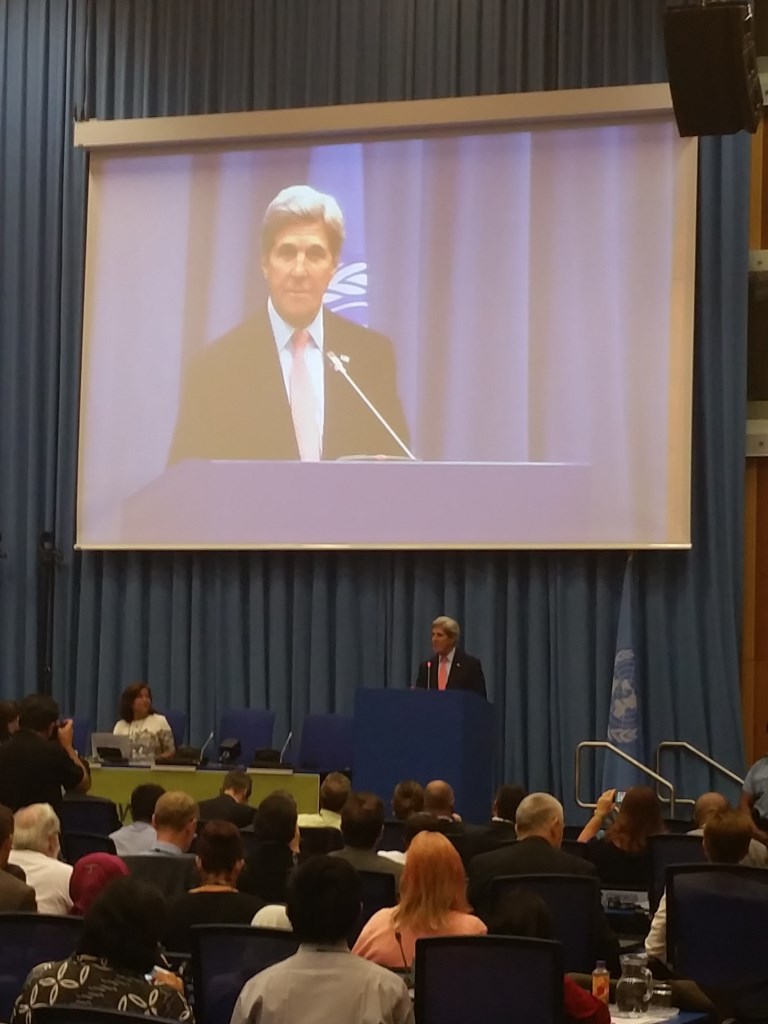 The Paris climate agreement in December was a landmark deal agreed by all countries yet the national greenhouse gas targets countries have put forward are far from sufficient to limit warming to 1.5°C.

Resolving the significant climate challenges posed by the increase in use of hydrofluorocarbons (HFCs) – super greenhouse gases used in refrigeration and air-conditioning – is imperative, particularly given the world is on track to install an additional 1.6 billion air-conditioning units by 2050.

Parties to the Montreal Protocol gathered in Vienna for a series of meetings from July 15-23 to lay the groundwork for a global phase-down of the production and consumption of HFCs. Expectations are high that an HFC amendment could be finalised and adopted during the Meeting of Parties to the Montreal Protocol in October in Kigali, Rwanda, after countries successfully reached solutions on difficult aspects, such as finance, in the first two days of the Vienna meetings.

However, much work needs to be completed in Kigali to ensure an ambitious outcome for the climate.

What happened before the Vienna meetings?

Proposals to amend the Montreal Protocol to phase down the production and consumption of HFCs have been submitted since 2009. There has been little political will and strong opposition from some countries to discuss the proposals, despite strong evidence of soaring HFC consumption and emissions worldwide. Some countries began to slowly take national and regional regulatory action which demonstrated the feasibility of a global phase-down.

In April 2015, a two-day technical workshop on the management of HFCs, followed by substantive discussions at the 35th Open-Ended Working Group (OEWG) in Bangkok, brought the possibility of an HFC amendment closer. India and the European Union (EU) also put forward amendment proposals shortly after, while the African Group of 54 countries voiced their support for strong momentum towards an HFC phase-down deal.

Further progress was achieved through informal consultations at the 36th OEWG in Paris and, finally, the Dubai Pathway on HFCs was adopted in November 2015, setting out the path towards adoption of an amendment in 2016, including an agreed list of challenges to be tackled by parties prior to discussing the amendment proposals. The Geneva talks in April 2016 saw formal discussions on the list of challenges and provisionally agreed an exemption for high ambient temperature countries and made headway on issues related to the finance mechanism.

The recent Vienna meetings made progress in discussions on finance, intellectual property and linkages to the phase-out of hydrochlorofluorocarbons (HCFCs), allowing Parties to start concrete negotiations on the most important implementation elements of an amendment: baselines, freeze dates and phase-down schedules for HFC use by both developed and developing countries.

A baseline provides an important benchmark for setting any control measures, such as a consumption freeze or reduction steps. While developed countries generally have a clear picture of their current HFC use, many developing countries do not have any current data. It was therefore agreed that the developing country baseline would be set in the future and that it would have some component of HCFC consumption, recognising that some uses of HCFC currently being phased out may transition to HFCs and that ‘CO2 space’ needs to be provided for this contingency.

By the end of the meeting, a range of ideas for baselines and freeze dates (the consumption ‘cap’) had been tabled for developing countries in which HFC use is exponentially increasing. The most ambitious proposal, with a 2017-19 baseline and consumption freeze in 2021 was supported by more than 100 Parties, including the African group, the Pacific Islands group, 14 Latin American countries, the EU and JUSSCANNZ (Japan, the US, Switzerland, Canada, Australia, Norway and New Zealand).

India stuck to its previously submitted amendment proposal of a freeze date in 2031 which will allow unrestrained HFC growth for 15 years from now. Other major developing countries including China, Brazil and Indonesia proposed to freeze HFC consumption close to 2025. A late freeze and a baseline set far into the future mean that developing countries lose opportunities for their industries to leapfrog dead-end technologies and allow a massive phase-in of climate damaging chemicals. Going earlier will allow them to reap important advantages such as early access to finance and the opportunity to install climate-friendly and energy-efficient equipment.

While the negotiations focused on the schedule for developing countries, the EU and JUSSCANNZ submitted a joint proposal for developed countries which contained a significantly more lenient baseline than those in the EU and the North American amendment proposals. This was a surprise to many observers, given that these countries have recognised the need for developed countries to lead with climate ambition and, at least in the case of the EU, their own domestic legislation is already phasing out HFCs more quickly than any of the proposals on the table. 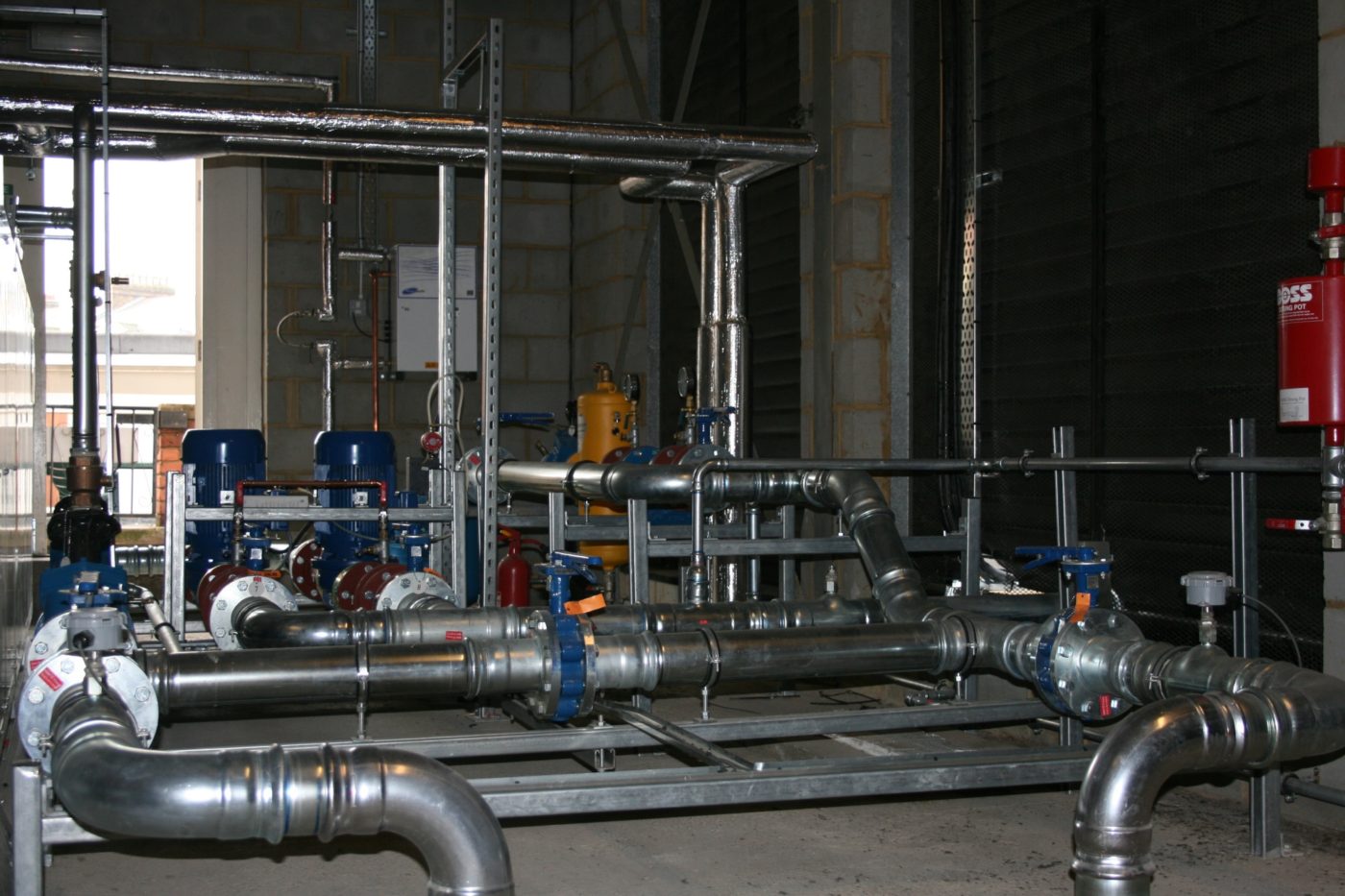 Vienna ended with an agreement to hold an intersessional meeting to make additional progress on the negotiations before the Meeting of the Parties in Kigali.

A way forward to Kigali would be for EU/JUSSCANNZ member countries to strengthen their own ambitions by committing to a lower baseline, with stronger and earlier reduction steps for developed countries, e.g. along the lines of the Island States proposal.

If developed parties do not inject ambition into their own reduction schedules there is a huge risk that overall ambition will be compromised, as both developed and developing countries spiral into a race to the bottom.

An ambitious agreement on HFCs is a must in Kigali if we want to retain the possibility of remaining within safe temperature limits on our planet.