By investigating and exposing ivory trade where it is found, EIA fights for stronger regulations to shut down all ivory trade, including at the domestic level, and increase protections for elephants.

EIA has been at the forefront of the global battle to halt the blood ivory trade for over 25 years. In 1989, EIA’s groundbreaking exposé revealed rampant elephant poaching and a booming global ivory trade, perpetrated by a network of criminals and corrupt officials in Africa and in importing nations. Our work provided key evidence that prompted the global community in 1989 to implement a ban on international trade in elephant ivory. Following the implementation of the ban, elephant populations in Africa began to recover from serious decline.

In 1999 and 2008, the 1989 ivory ban was seriously weakened by two legal international sales of ivory, one to Japan and a second to Japan and China. These market-stimulating sales, coupled with the changing economic and political situation in Asia, including the growth of China’s middle class, led us to the crisis that we face today. Learn more about our work to stop Japan's ivory trade here.

EIA strives to eliminate illegal ivory trade and increase enforcement to protect elephants, both domestically and in range and consuming countries. Using every tool at our disposal, EIA is committed to ending the elephant poaching epidemic.

EIA’s investigations trace and expose the illegal ivory trade—we track elephant poaching in Africa, monitor transit activity, and reveal the illegal markets and flawed legal systems that sustain black market trade in consumer countries. Using our investigative evidence, we campaign for positive change in legislation and policies to close loopholes that facilitate ivory laundering and to increase penalties for poachers and ivory traders.

We work independently, in strong coalitions with like-minded non-government organizations, and with government and private partners, to fight for precautionary policies in the international and domestic arenas.

EIA’s investigations into the illegal ivory trade have demonstrated repeatedly that any trade in ivory is incompatible with the conservation of elephants. We are firm in our resolve to combat all trade in elephant ivory: illegal and legal, international and domestic. 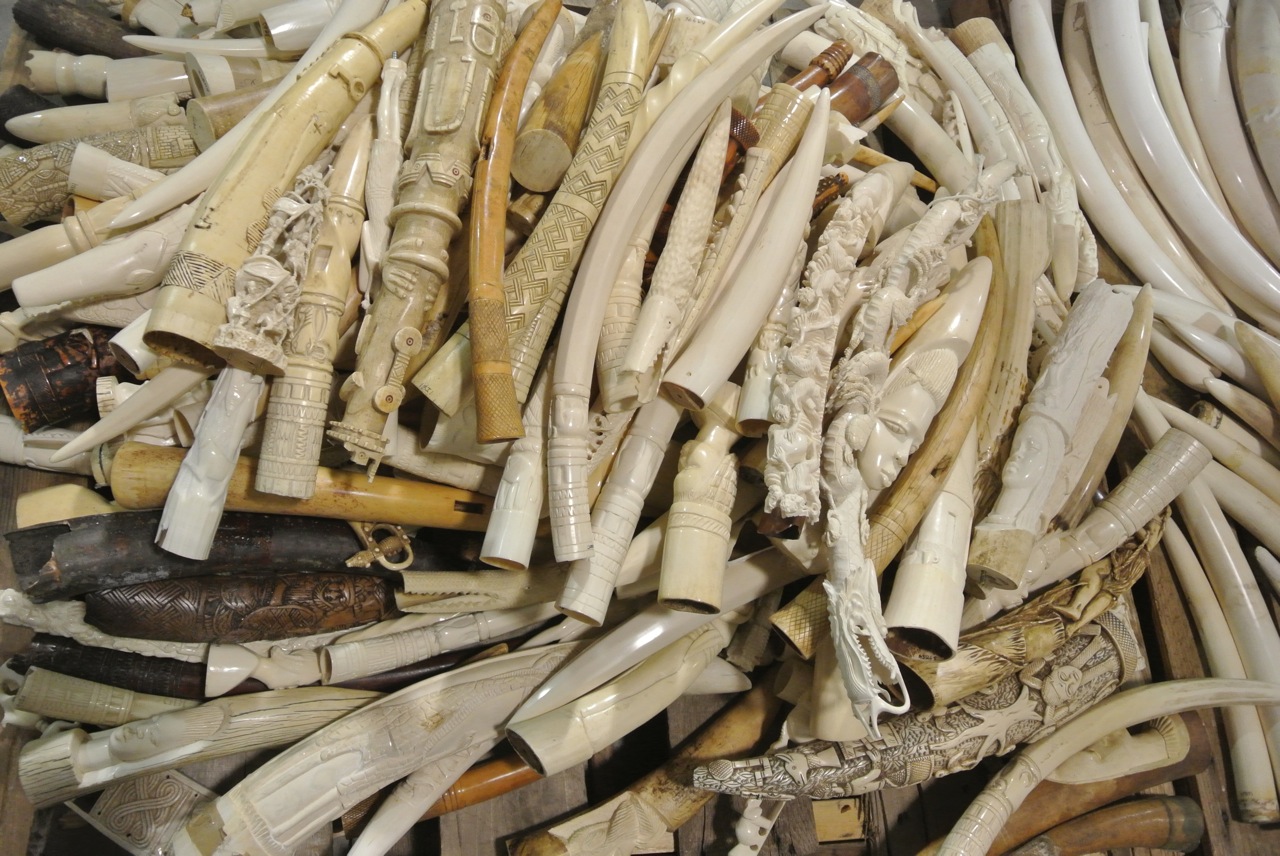 Internationally, we champion a full and complete ban on all international trade in ivory, with no exceptions. We campaign for elephant range states and ivory consumer nations like Japan to ban existing legal domestic ivory trade and crack down on poachers and organized criminals by enacting and enforcing tough laws and regulations. To complement this work, we have campaigned to pressure major ivory retailers, like Yahoo! Japan and Rakuten in Japan, to ban ivory product sales. At home in the United States, we support the government’s efforts to combat wildlife trafficking.

Elephants are the heart and soul of EIA’s wildlife campaign and protecting these majestic, iconic, and ecologically important species from the dangers of trade is at the top of EIA’s agenda.

01/29/2021
Newly released rhino population data reveals how the protracted poaching crisis fueled by consumer demand for rhino horn in Asia has decimated Kruger’s rhino population over the past decade.

09/22/2020
Today marks the 10 years since the first World Rhino Day celebration on September 22, 2010. The past decade has been fraught with challenges for the world’s rhinos, yet some progress has been made. If the next 10 years are to be better for rhinos than the past 10 years, we cannot afford to lose focus now.
See all Blog Posts

NGO Appeal to Tokyo for Urgent Measures on Ivory

02/18/2021
EIA and 25 international non-government environmental and conservation organizations sent a letter February 18, 2021 to follow up on a previous appeal from March 2020. Our organizations encourage the closure of Tokyo's ivory market and also recommend some actions the Tokyo Metropolitan Government should take before the ivory market can be closed, including during the rescheduled 2020 Olympic Games. The letter can be viewed in English and Japanese.

12/17/2020
Investigations of Japanese hanko retailers revealed that many are willing to sell an ivory product knowing that it will be exported internationally despite most being aware that ivory export is illegal.