A global phase-down of HFCs at the Montreal Protocol is the largest, fastest and most cost- effective climate change mitigation option currently available

A phase-down of hydrofluorocarbons (HFCs) at the Montreal Protocol would rid the world of HFCs in the largest, fastest and most cost-effective mitigation option currently available. HFC-free refrigerants and equipment are available to phase-out these chemicals and we must start now to protect our climate. The Montreal Protocol has already phased-out 98% of all ozone depleting substances and has the institutions in place to phase-down HFCs without delay. 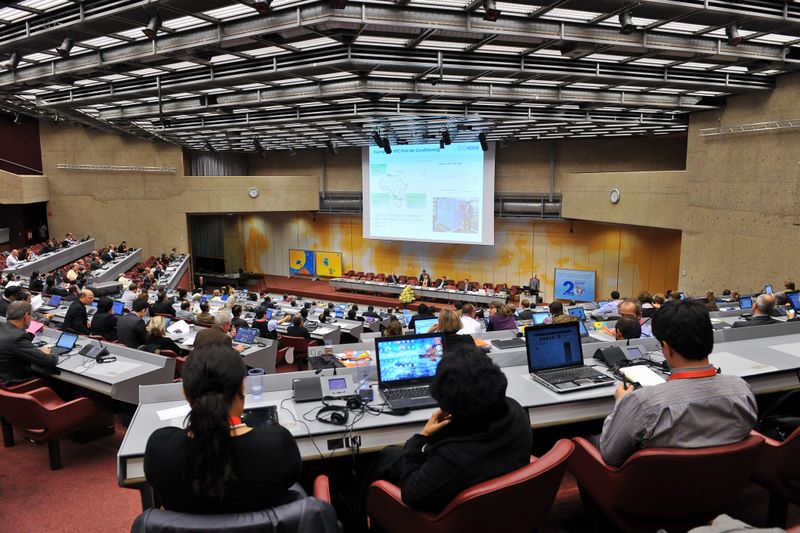 The Kigali Amendment will significantly contribute to the goals contained in the Paris Agreement “to pursue efforts to limit the [average global] temperature increase to 1.5° Celsius” as well as directly support the decision within the Paris Agreement to enhance near-term mitigation. All countries have committed to legally binding targets which mandate gradual reduction in HFC consumption and production. Developed countries will begin HFC phasedown in 2019 while developing countries will begin in 2024.

EIA works with the Parties to the United Nations Framework Convention on Climate Change (UNFCCC) to convince the international community to endorse a global phase-out of the production and use of HFCs under the framework of the Montreal Protocol, while advocating that the UNFCCC also take action on HFC emissions in all country pledges and actions. We worked to remove HFC-23 (an HFC with a global warming potential of 14,800 times that of CO2) destruction credits from the Clean Development Mechanism (CDM) to the Kyoto Protocol, see our report Two Billion Tonne Climate Bomb for more information.

The Climate and Clean Air Coalition (CCAC) is a global effort committed to protecting the climate and improving air quality, focused on reducing short-lived climate pollutants. The CCAC works to unite governments, civil society, and private sector, to work on reducing short-lived climate pollutants across sectors. EIA works with other partners in CCAC to address the rapidly growing HFC emissions.

12/23/2020
Legislation passed by the U.S. Congress this week to provide COVID relief and fund the U.S. government includes a bipartisan climate agreement to phase-down production and consumption of super-pollutant hydrofluorocarbons (HFC). The bill authorizes the Environmental Protection Agency (EPA) to implement the 2016 agreement to phase down HFCs under the Kigali Amendment to the Montreal Protocol, and provides broader authority to manage existing sources of HFC emissions.

The October 2016 Montreal Protocol meeting in Kigali, Rwanda yielded a global agreement to phase down HFCs. Now countries must ratify and implement the Kigali Amendment! Read and share EIA's briefing on this great opportunity and obligation to avert climate catastrophe.
Spread the News
Help us mitigate climate destroying gases
Donate
Where are HFCs used?
Learn More!