WASHINGTON, D.C. - Since the United States passed the 2008 amendments to the US Lacey Act, Lumber Liquidators has continued to purchase, through a Chinese supplier, millions of square feet of illegal wood originating in the Russian Far East, which provides the habitat for the last 450 Siberian tigers in the world, according to a new report released today by the Environmental Investigation Agency (EIA). Lumber Liquidators is the largest retailer of hardwood flooring in the United States and is under investigation by federal authorities for possible violations of the Lacey Act – a law banning the illegal harvest and trade of wood and timber products.

The report, Liquidating the Forests: Hardwood Flooring, Organized Crime, and the World’s Last Siberian Tigers reveals that demand for hardwood flooring and furniture in the United States, European Union, Japan, and China is fueling corruption and making the world’s last temperate hardwood forests into a major epicenter for illegal logging. As much as 80 percent of all timber exported annually from the region is illegal. This activity serves to enrich a handful of corrupt actors, while destroying the Russian Far East’s unique biodiverse ecosystem, depriving the Russian state of tens of millions of dollars in lost tax revenue and threatening the livelihoods of over 100,000 indigenous people.

“Organized criminal groups send out logging brigades to steal valuable hardwoods from protected areas and in this way decimates the last Siberian tiger habitat.” said Alexander von Bismarck, Executive Director of EIA, a Washington DC and London based non-profit dedicated to exposing environmental crime. “Importing cheap illegal wood from the Russian Far East is a tragic crime of convenience that directly undercuts any business trying to play by the rules. The same types of wood are available around the world from legal and sustainable sources.” 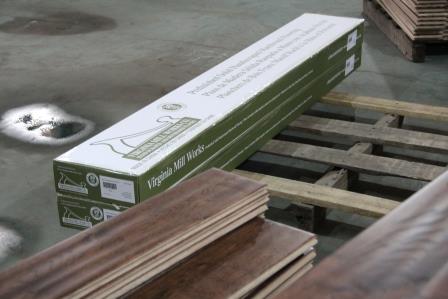 Posing as timber buyers, EIA investigators went undercover to identify the worst actors in the Russian Far East and found that a company called Suifenhe Xingjia Group (“Xingjia”) freely admitted to illegal logging and paying bribes and that their single biggest trading partner was Lumber Liquidators. The report reveals that several of Xingjia’s suppliers are under investigation by Russian authorities for illegal logging and organized crime. EIA investigators recorded Xingjia officials saying that Lumber Liquidators knew where the wood came from.

The US Lacey Act requires companies to take prudential measures to exclude illegally cut wood from their supply chains. China, however, has yet to enact a comparable prohibition on illegal timber imports.

“Any company buying products containing wood from the Russian Far East, whether directly or via China, should know that it may be using stolen wood and must take great care to ensure legality.” said von Bismarck. “Without action by governments to enforce laws like the Lacey Act, consumers will continue to be unwitting financiers of the timber mafias that are raiding the world’s forests.”

09/16/2021
While the coronavirus pandemic rages on, ravaging Zambia’s economy and crippling its citizens' lives, new findings by the Environmental Investigation Agency (EIA) show that illegal exploitation and trade in mukula (Pterocarpus tinctorius) persists unabated, benefitting a small number of well-connected and wealthy individuals. A probing undercover investigation into illegal mukula logging and trade sheds light on the apparent theft of more than 10,000 trees and unveils information connecting the Zambia Agency For Persons With Disabilities (ZAPD), the Ministry of Community and Social Services, the Ministry of Tourism and Arts, and the office of the vice president. Nearly two years after EIA’s exposé on the institutional looting of Zambian forests, it appears that the more things have changed with the pandemic, when it comes to mukula, the more they’ve stayed the same.
See all Blog Posts

How U.S. Imports of Agricultural Commodities Contribute to Deforestation and Why it Matters

10/01/2021
A significant proportion of agricultural commodities produced on illegally deforested land enter global supply chains, exposing major markets such as the U.S. to environmental and human rights abuses, corruption, and organized crime through imports of raw materials and related manufactured goods, while undercutting companies trying to source legally and responsibly.

The Lie Behind the Ply

06/30/2021
In an unprecedented investigation that connects threatened forests of Solomon Islands, China’s timber manufacturing hubs, and European importers, our new report The Lie Behind the Ply reveals how European consumers of tropical plywood have been the unwitting drivers of forest degradation. Our findings show that European companies appear to have imported thousands of tons of tropical-faced plywood, at high risk of containing illegal wood and in apparent violation of European law.
See all Reports

US Company Pleads Guilty to Importing Illegal Timber from Peru

09/27/2021
A United States timber importer, Global Plywood and Lumber Trading LLC, has pleaded guilty to importing illegal timber from Peru in violation of the US Lacey Act, which prohibits trade of illegal timber products into the country. A six-year investigation conducted by Homeland Security Investigations, Customs and Border Protection, and the Department of Justice, proved that at least 92% of the Global Plywood timber in this shipment had been illegally logged in the Amazon rainforest