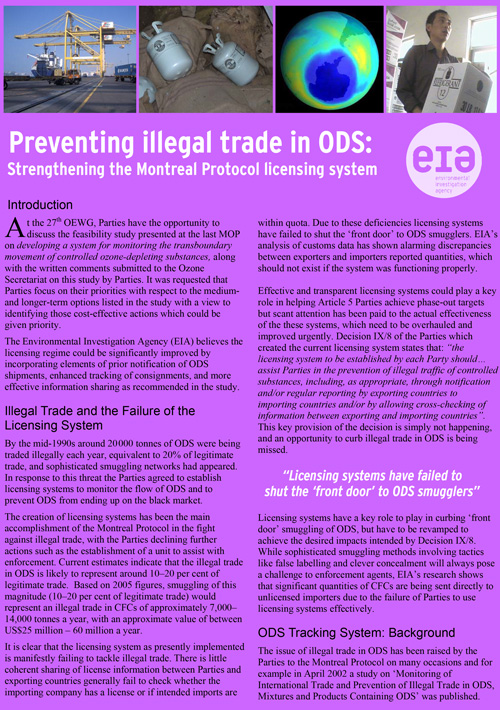 By the mid-1990s around 20 000 tonnes of ODS were being traded illegally each year, equivalent to 20% of legitimate trade, and sophisticated smuggling networks had appeared. In response to this threat the Parties agreed to establish licensing systems to monitor the flow of ODS and to prevent ODS from ending up on the black market.