EIA fights for precautionary policies to protect the world’s majestic whales, dolphins, and porpoises from environmental and manmade threats.

Since its inception, EIA has striven to protect the world’s whales, dolphins, and porpoises from environmental threats and commercial hunting. EIA (UK)’s founding investigation in 1984 documented the illegal hunting of pilot whales in the Faroe Islands. Since then, EIA has remained committed to fighting against the overexploitation of cetaceans (whales, dolphins, and porpoises), and environmental threats that endanger the world’s majestic ocean species.

The International Whaling Commission imposed a ban on the commercial hunting of great whales in 1986 following decades of overexploitation. Though this international ban still exists, countries like Japan, Norway, and Iceland exploit loopholes in the ban and continue to commercially hunt large whales. Species like the endangered fin whale, the second largest mammal on the planet, are still hunted for their meat. Small species of whales and dolphins are also under threat as they are not legally protected by the ban.

Other human and environmental threats, including climate change, bycatch, pollution, marine debris, and shipping, also pose serious threats to the world’s cetaceans and EIA is actively involved in addressing these. 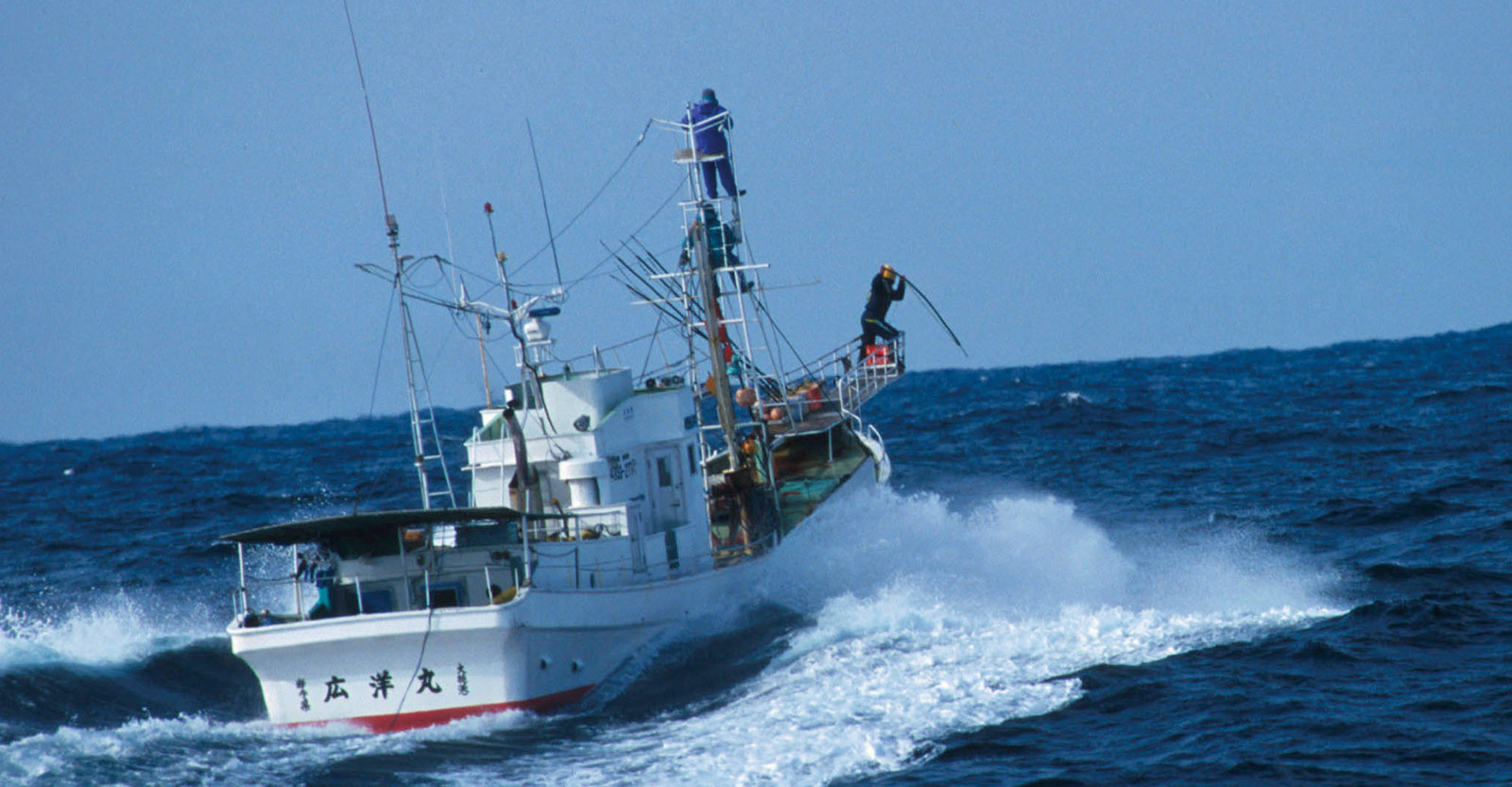 EIA’s research and investigations document and track the overexploitation of great whales and smaller cetaceans around the world, as well as the increasing impacts of other environmental and human threats. EIA will always fight for precautionary policies for the world’s whales, dolphins, and porpoises—we cannot risk losing these precious and unique species.

We use our research and field evidence as the basis for a multi-layered campaign that aims to change national and international policies to increase protections for species. We work independently and alongside other non-government organizations as well as governments to promote stronger actions to stop whaling and increase protections for cetaceans within the United States' waters and abroad.

Maintaining the international commercial ban on whaling is crucial to protecting the largest species on Earth. We continue to challenge those nations, including Iceland, Japan, and Norway, which engage in commercial whaling through loopholes or under the pretenses of scientific research.

Alongside the battle to protect great whales, we campaign to end the unsustainable slaughter of small cetaceans and halt the market demand for these species’ products. For example, over the years, EIA has worked to dramatically shrink Japan’s domestic market for cetacean products.

We are also working to increase international protections for species like the Arctic’s iconic beluga whale and narwhal, which both face a number of threats as the Arctic warms.

EIA’s founding campaign was to protect whales—we will continue to fight for cetaceans as long as they remain under threat.

08/18/2019
Follow updates from the EIA Wildlife Campaign at CITES CoP18 in Geneva, Switzerland.

Navigating Best Practices for the Arctic

09/21/2020
The Pebble Tapes are a series of recorded conversations between EIA investigators and the Chief Executive Officers of Pebble Limited Partnership and Northern Dynasty Minerals, the companies behind the contested Pebble Mine project in Alaska.
See all Reports